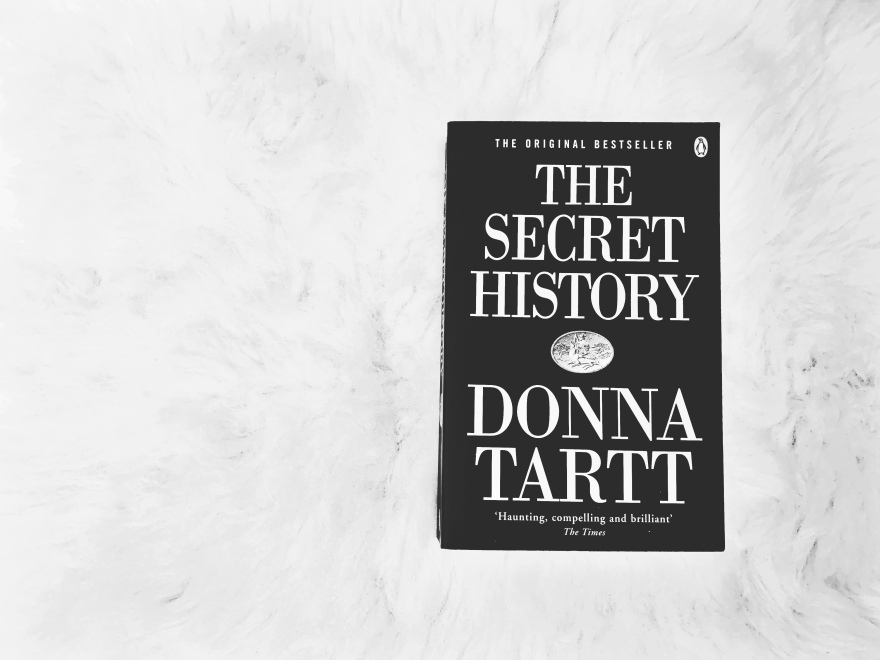 The Secret History is about a group of boys taking an ancient Greek course at an elite New England College. Here, they learn about a new extreme way of living from their professor which will question their morals and change their ordinary lives forever.

END_OF_DOCUMENT_TOKEN_TO_BE_REPLACED 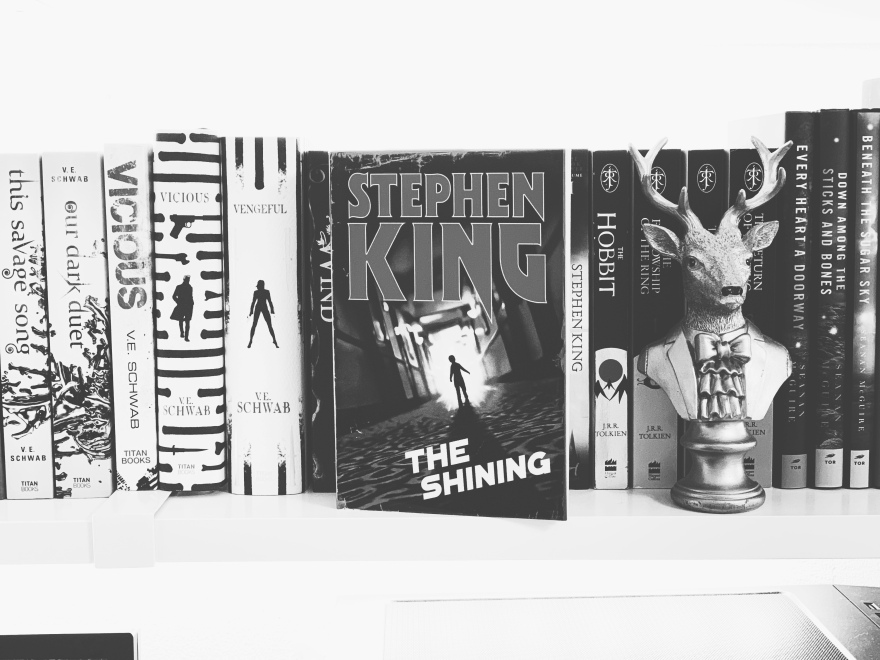 The Shining follows the Torrance family as they move into an empty and isolated hotel for a few months where Danny’s dad has gotten a new job. We follow the POV of several key characters in this story, one of them being Danny, a 5-year-old boy with something called “the shining”; an ability where he’s able to get glimpses of the future, read minds and moods, as well as see supernatural things that may or may not be there. The book starts out with Danny’s dad applying for the job at the Overlook Hotel, where he’ll work as the caretaker for the winter; taking care of the hotel while it’s closed and isolated due to the blizzard that arrives each year. He’s instructed by his new boss to take his family with him since isolation can drive a man mad. The Overlook Hotel has, as many hotels, it’s own ghosts and secrets, and there seems to be an evil force inside it, who is also beginning to shine…

END_OF_DOCUMENT_TOKEN_TO_BE_REPLACED

The Three-Body Problem is the first book in an award-winning Chinese adult sci-fi trilogy, translated by Ken Liu, in which we follow Ye Wenjie who just witnessed her fathers’ gruesome murder during China’s Cultural Revolution. Later on, she’s wrongfully charged for treason, and given the chance to avoid her death sentence by instead going to work at a research facility focused on extraterrestrial intelligence. There, she comes to be the first person to make contact with an alien species. Over 40 years later, a nanotech engineer named Wang Miao is tasked to infiltrate a group of scientists after Ye Wenjie’s work is linked to a series of physicist suicides. The infiltration brings him into a highly complex virtual reality game, where the player is tasked with solving a mysterious physics problem – The Three Body-Problem – that holds the answer to everything.

END_OF_DOCUMENT_TOKEN_TO_BE_REPLACED

So… Hi… It’s been a while. I don’t wanna sit here and give you all of the excuses, and instead get on with writing posts again, but I just wanted to give a brief excuse, and also get it out of my system so I can start with a fresh mindset. That okay? Okay. So the first – and probably biggest – problem I faced when it came to my upload schedule was the nightmare itself, the monster we readers are the most fearful of; a reading slump. Yup. I barely read anything for months, starting around June last year. It was horrifying. I get my happiness and escape from reading, and being in this slump really hit me hard this year. Luckily, I’d gotten into gaming more and more over the whole of 2018, so I had that as a sort of coping mechanism whilst I couldn’t read. But I still missed it, a lot.

END_OF_DOCUMENT_TOKEN_TO_BE_REPLACED 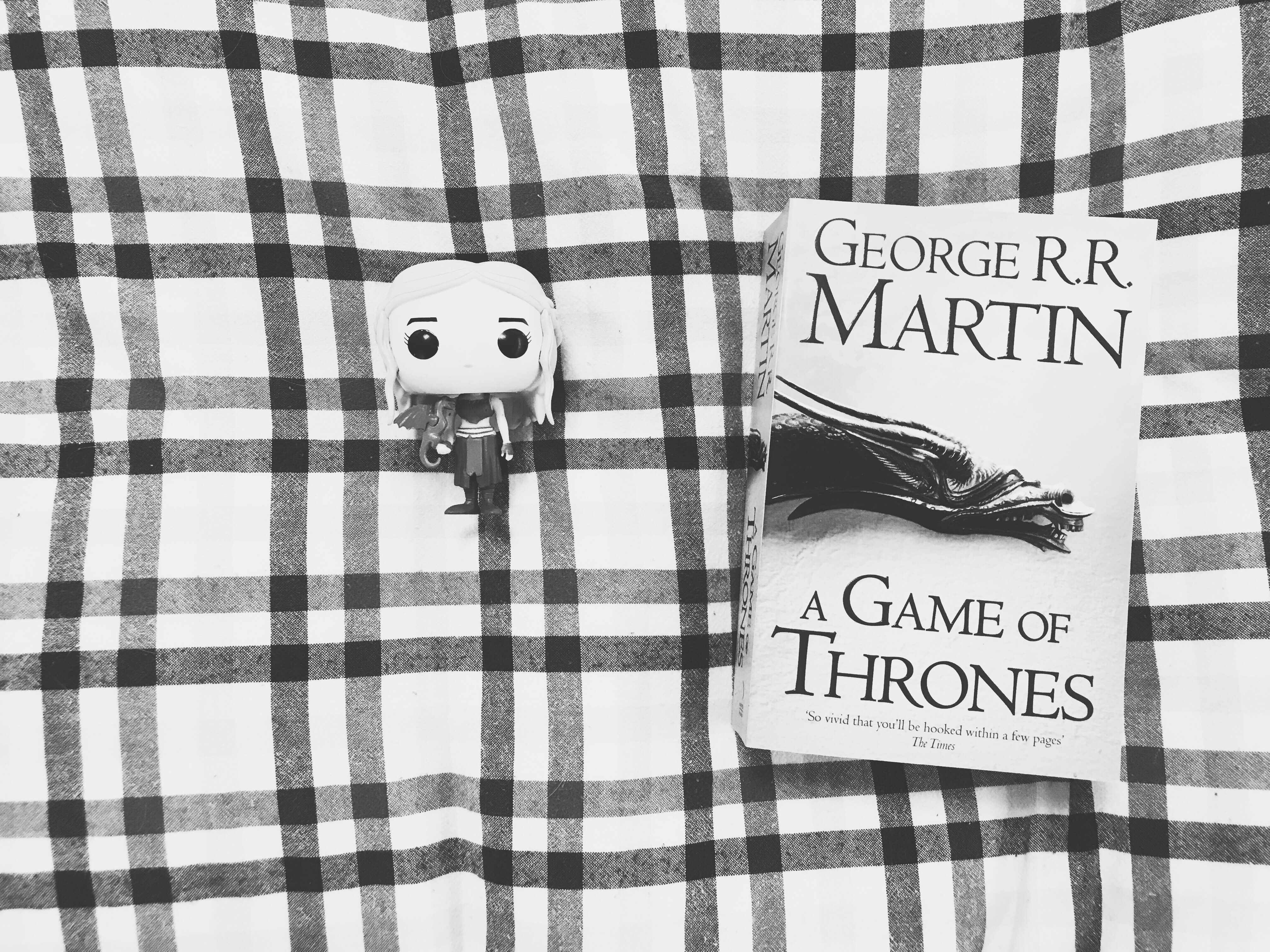 A Game of Thrones is the first book in a high fantasy series following multiple points of views as the families of the Seven Kingdoms battle over political power and the Iron Throne. The summers can be stretched out for decades, and the winters can last a lifetime, but this time winter brings more than just the cold; it brings an ancient enemy that has been asleep for thousands of years. In this book, we primarily follow the ruling House of the North, the Starks, as they travel through Westeros making both friends and enemies along the way, witnessing more than their fair share of pain, sorrow, and death. As well as the Starks, we also follow other characters, such as the Lannisters and Baratheons who via marriage currently occupy the Iron Throne. We also read from the point of view of the Targaryans, a former royal family who will stop at nothing to take back their birthright. With these characters, we experience war, magic, dragons, romance, mystery, politics, humour, adventure, and more. Just everything you’d want in a huge high fantasy book, really.

END_OF_DOCUMENT_TOKEN_TO_BE_REPLACED

It’s best going into this book as blind as possible, without knowing much about the plot at all. All you really need to know is that it’s a psychological suspense YA novel that’s full of mystery and disguises, written in reverse chronological order. It’s filled with references to books, movies, and comics. It’s about friendship, disappearances, and death. It’s about figuring out who you are, and finding out who you want to become.

END_OF_DOCUMENT_TOKEN_TO_BE_REPLACED

‘We Are the Ants’ is about Henry Denton, a struggling teenager who’s got a big decision to make. He has been abducted by aliens back and forth for a long time now, but never before have they done anything other than examining him. Now, though, they’ve given him the choice to save the earth or let it be destroyed. He’s got 144 days to make up his mind, and to save it he only needs to push a big red button. But for Henry, it’s not an easy thing to decide. Life is pretty terrible for him, especially since his boyfriend killed himself, but some things are changing, and Henry is left outweighing the good with the bad, deciding whether or not the world is worth saving.

END_OF_DOCUMENT_TOKEN_TO_BE_REPLACED

The Well of Ascension is the second book in the Mistborn trilogy and takes place a year after the first book, The Final Empire. I’ll try not to spoil the first book, but this one deals with what comes after “the big fight”, whilst also building up the tension for the third and final book. It’s about rebuilding a broken society, whilst also trying to find your place in it without losing who you were before. I’d also say that there’s a main focus on magic, relationships, and trust. Oh, and there are also three different armies just outside the city, waiting to attack. No biggie.

END_OF_DOCUMENT_TOKEN_TO_BE_REPLACED 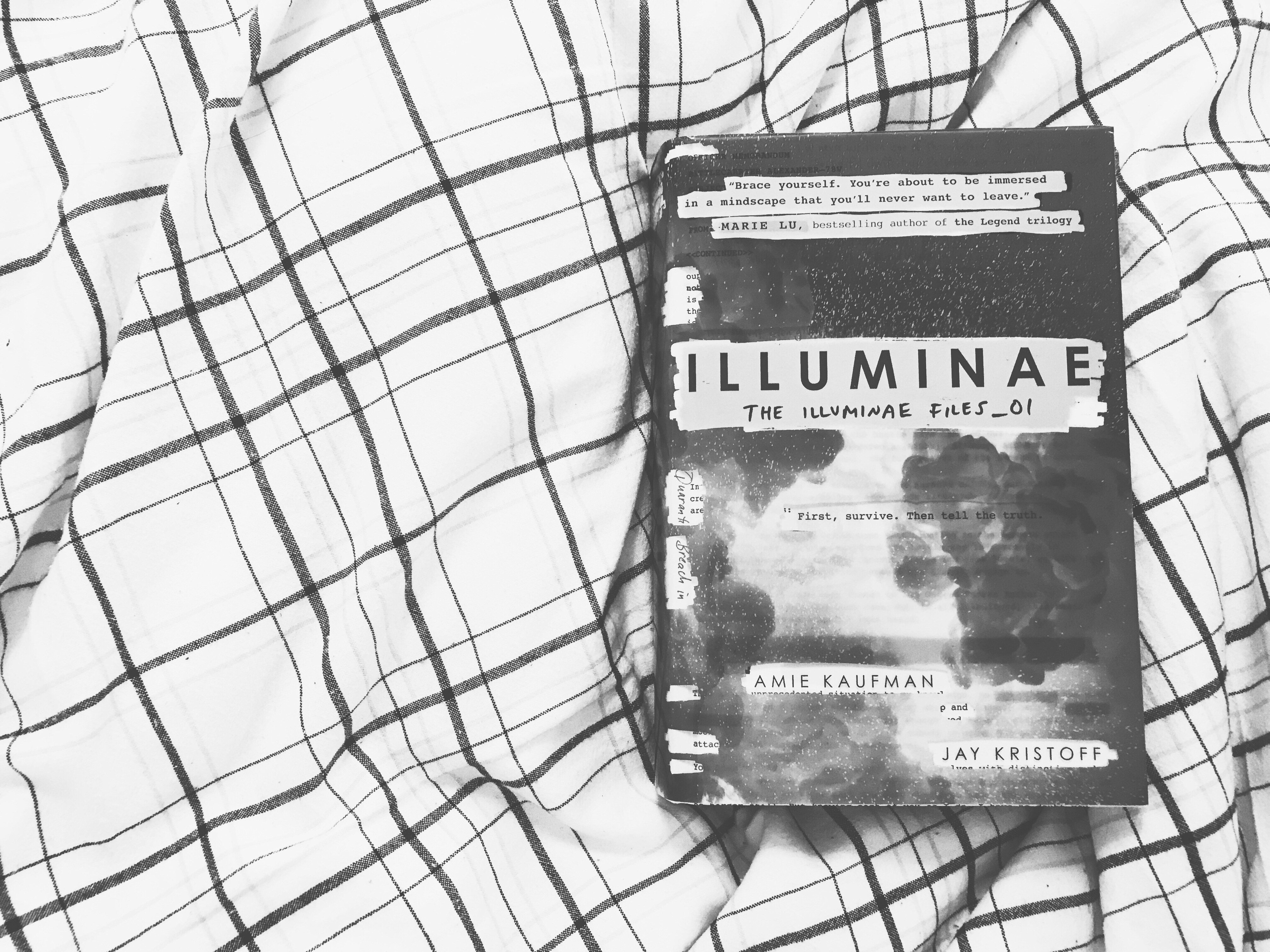 This book follows Kady and Ezra who – right after breaking up with each other – have to fight their way onto an evacuating fleet. They’re barely talking to each other, and the enemy ships are firing down on their planet like crazy. Things only get worse from there though, because when they’ve finally settled into their new lives on the fleet, a deadly plague has broken out and is spreading, fast. The ships AI, which is supposed to help them, might actually turn out to be the enemy. Since no one in charge will discuss these problems aloud, Kady is forced to gather the information herself by hacking into classified documents, chat logs and interviews. This is a fast-paced sci-fi story set in 2575, told through hacked documents, surveillance cameras, medical reports, military files, emails and more.

END_OF_DOCUMENT_TOKEN_TO_BE_REPLACED

This book has been hyped around the book community for ages now, and I finally picked up and read it back in January along with my friend Signe. We’re planning on buddy reading one book per month this year, and ‘Six of Crows’ was our first pick. Starting out the year strong. Or not. Anyways, ‘Six of Crows’ is about six outcasts who get hired to execute a heist where they have to break into the most secure building in ‘Fjerda’. There, they will need to safely retrieve a person who’s got information that could start a new war before the enemy gets their hands on it first.